(NOTE-- The only Official reference I could find that defines these Flight Categories is in the AIM on page(s) 7-1-14 and 7-1-15 in the Meteorology section under 7−1−6. Categorical Outlooks)

(a) Inapplicability. This section does not apply to the operation of an aircraft on water.

(b) General. When weather conditions permit, regardless of whether an operation is conducted under instrument flight rules or visual flight rules, vigilance shall be maintained by each person operating an aircraft so as to see and avoid other aircraft. When a rule of this section gives another aircraft the right-of-way, the pilot shall give way to that aircraft and may not pass over, under, or ahead of it unless well clear.

(c) In distress. An aircraft in distress has the right-of-way over all other air traffic.

(d) Converging. When aircraft of the same category are converging at approximately the same altitude (except head-on, or nearly so), the aircraft to the other's right has the right-of-way. If the aircraft are of different categories—

(1) A balloon has the right-of-way over any other category of aircraft;

(2) A glider has the right-of-way over an airship, powered parachute, weight-shift-control aircraft, airplane, or rotorcraft.

(3) An airship has the right-of-way over a powered parachute, weight-shift-control aircraft, airplane, or rotorcraft.

However, an aircraft towing or refueling other aircraft has the right-of-way over all other engine-driven aircraft.

(e) Approaching head-on. When aircraft are approaching each other head-on, or nearly so, each pilot of each aircraft shall alter course to the right.

(f) Overtaking. Each aircraft that is being overtaken has the right-of-way and each pilot of an overtaking aircraft shall alter course to the right to pass well clear.

(a) General. Each person operating an aircraft on the water shall, insofar as possible, keep clear of all vessels and avoid impeding their navigation, and shall give way to any vessel or other aircraft that is given the right-of-way by any rule of this section.

(b) Crossing. When aircraft, or an aircraft and a vessel, are on crossing courses, the aircraft or vessel to the other's right has the right-of-way.

(d) Overtaking. Each aircraft or vessel that is being overtaken has the right-of-way, and the one overtaking shall alter course to keep well clear.

(e) Special circumstances. When aircraft, or an aircraft and a vessel, approach so as to involve risk of collision, each aircraft or vessel shall proceed with careful regard to existing circumstances, including the limitations of the respective craft.

(a) Unless otherwise authorized by the Administrator, no person may operate an aircraft below 10,000 feet MSL at an indicated airspeed of more than 250 knots (288 m.p.h.).

(b) Unless otherwise authorized or required by ATC, no person may operate an aircraft at or below 2,500 feet above the surface within 4 nautical miles of the primary airport of a Class C or Class D airspace area at an indicated airspeed of more than 200 knots (230 mph.). This paragraph (b) does not apply to any operations within a Class B airspace area. Such operations shall comply with paragraph (a) of this section.

(d) If the minimum safe airspeed for any particular operation is greater than the maximum speed prescribed in this section, the aircraft may be operated at that minimum speed.

Except when necessary for takeoff or landing, no person may operate an aircraft below the following altitudes:

(a) Anywhere. An altitude allowing, if a power unit fails, an emergency landing without undue hazard to persons or property on the surface.

(b) Over congested areas. Over any congested area of a city, town, or settlement, or over any open air assembly of persons, an altitude of 1,000 feet above the highest obstacle within a horizontal radius of 2,000 feet of the aircraft.

(c) Over other than congested areas. An altitude of 500 feet above the surface, except over open water or sparsely populated areas. In those cases, the aircraft may not be operated closer than 500 feet to any person, vessel, vehicle, or structure.

(d) Helicopters, powered parachutes, and weight-shift-control aircraft. If the operation is conducted without hazard to persons or property on the surface—

(1) A helicopter may be operated at less than the minimums prescribed in paragraph (b) or (c) of this section, provided each person operating the helicopter complies with any routes or altitudes specifically prescribed for helicopters by the FAA; and

(2) A powered parachute or weight-shift-control aircraft may be operated at less than the minimums prescribed in paragraph (c) of this section.

ATC light signals have the meaning shown in the following table:


(a) Except as provided in paragraph (b) of this section and Sec. 91.157, no person may operate an aircraft under VFR when the flight visibility is less, or at a distance from clouds that is less, than that prescribed for the corresponding altitude and class of airspace in the following table:


(b) Class G Airspace. Notwithstanding the provisions of paragraph (a) of this section, the following operations may be conducted in Class G airspace below 1,200 feet above the surface:

(1) Helicopter. A helicopter may be operated clear of clouds in an airport traffic pattern within1/2mile of the runway or helipad of intended landing if the flight visibility is not less than1/2statute mile.

(2) Airplane, powered parachute, or weight-shift-control aircraft.. If the visibility is less than 3 statute miles but not less than 1 statute mile during night hours and you are operating in an airport traffic pattern within one-half mile of the runway, you may operate an airplane, powered parachute, or weight-shift-control aircraft clear of clouds.


(c) Except as provided in Sec. 91.157, no person may operate an aircraft beneath the ceiling under VFR within the lateral boundaries of controlled airspace designated to the surface for an airport when the ceiling is less than 1,000 feet.

(d) Except as provided in Sec. 91.157 of this part, no person may take off or land an aircraft, or enter the traffic pattern of an airport, under VFR, within the lateral boundaries of the surface areas of Class B, Class C, Class D, or Class E airspace designated for an airport--

(1) Unless ground visibility at that airport is at least 3 statute miles; or

(2) If ground visibility is not reported at that airport, unless flight visibility during landing or takeoff, or while operating in the traffic pattern is at least 3 statute miles.


(e) For the purpose of this section, an aircraft operating at the base altitude of a Class E airspace area is considered to be within the airspace directly below that area.

(a) Except as provided in appendix D, section 3, of this part, special VFR operations may be conducted under the weather minimums and requirements of this section, instead of those contained in Sec. 91.155, below 10,000 feet MSL within the airspace contained by the upward extension of the lateral boundaries of the controlled airspace designated to the surface for an airport.

(b) Special VFR operations may only be conducted--

(3) Except for helicopters, when flight visibility is at least 1 statute mile; and

(4) Except for helicopters, between sunrise and sunset (or in Alaska, when the sun is 6 degrees or more below the horizon) unless--

(i) The person being granted the ATC clearance meets the applicable requirements for instrument flight under part 61 of this chapter; and

(1) Unless ground visibility is at least 1 statute mile; or

(i) The flight is conducted under this part 91; and

(ii) The airport at which the aircraft is located is a satellite airport that does not have weather reporting capabilities.

(d) The determination of visibility by a pilot in accordance with paragraph (c)(2) of this section is not an official weather report or an official ground visibility report.]

Can ATC issue/authorize a Special VFR departure out of Sacramento Executive (KSAC) under the below conditions?

(Requesting a departure to the West?) 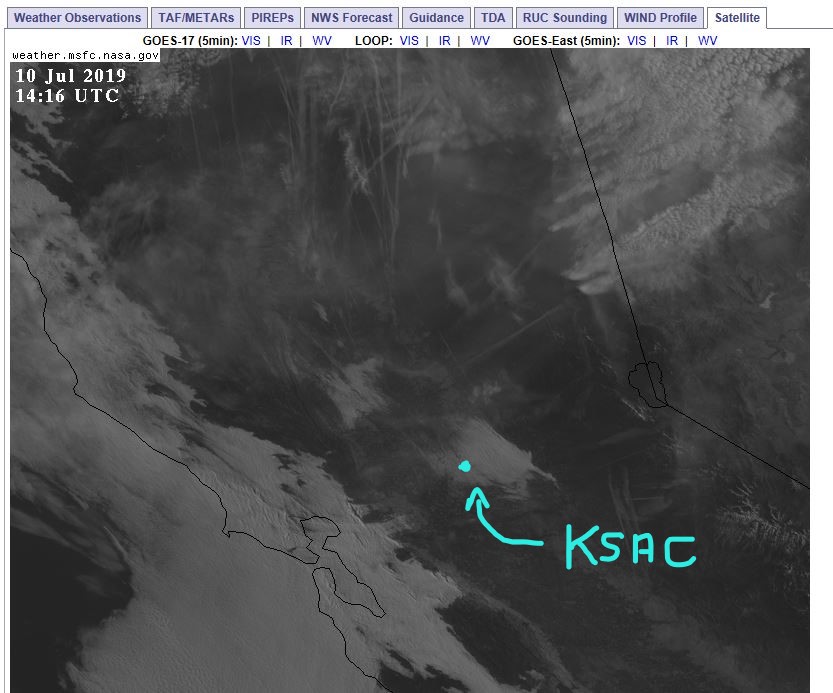 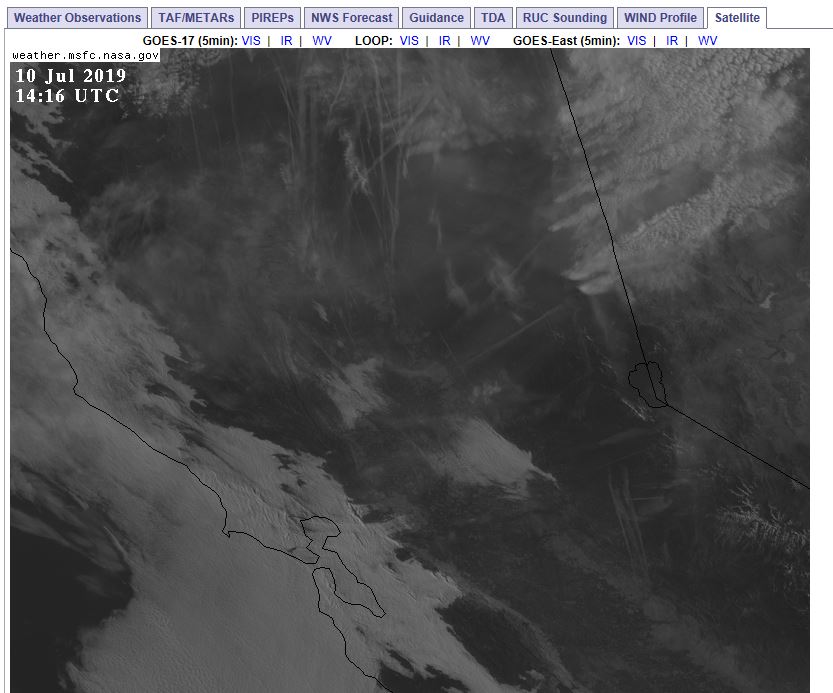 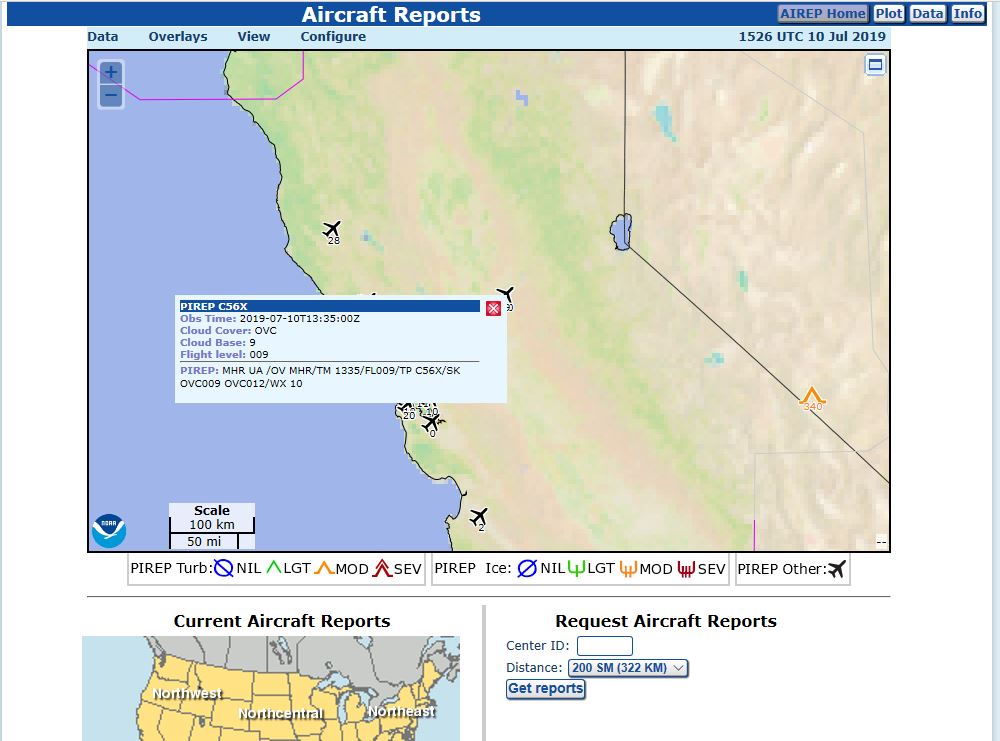 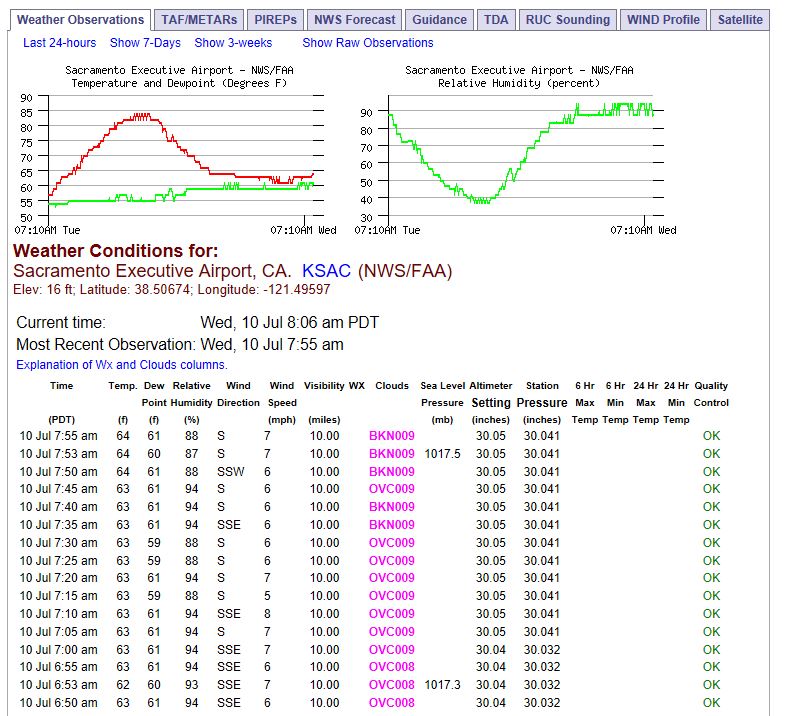 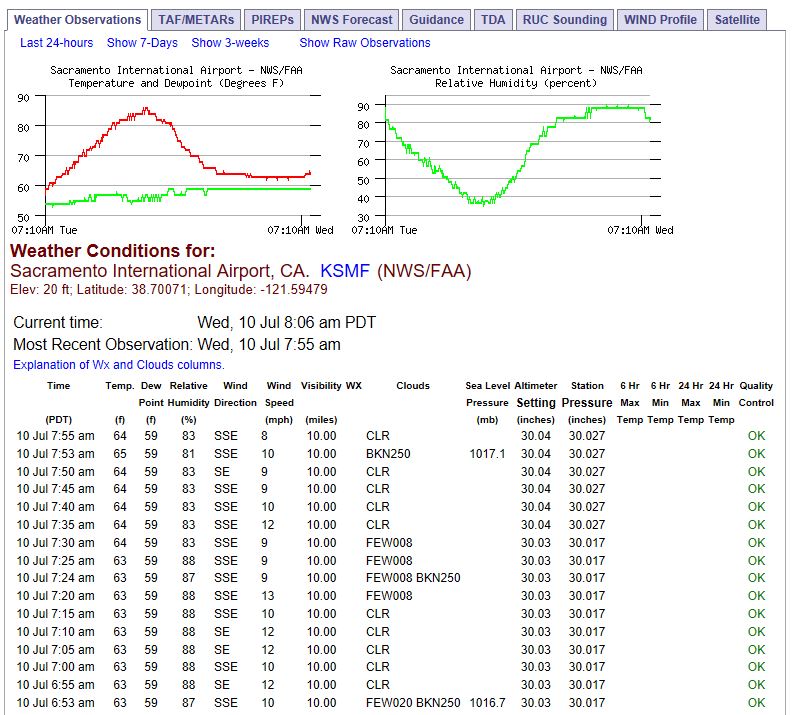 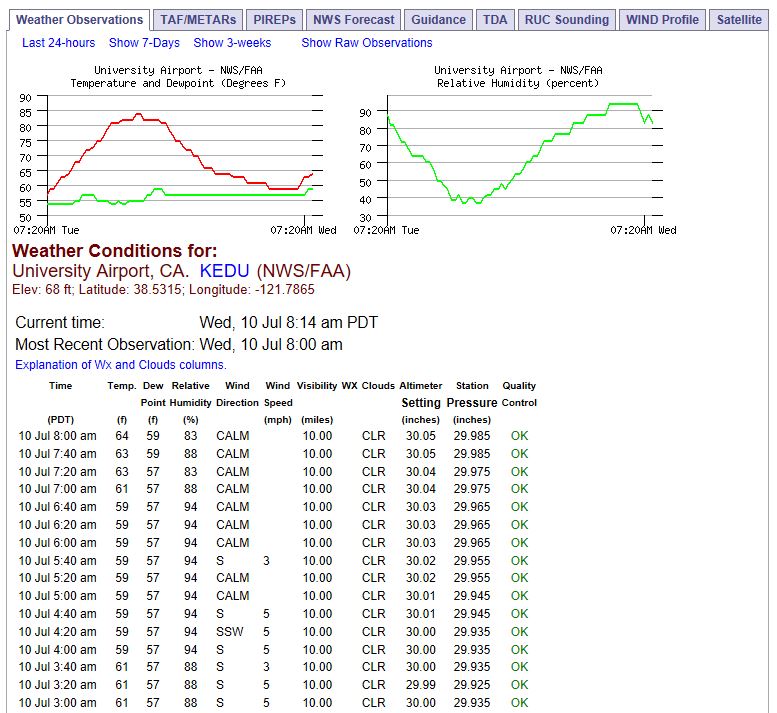